The Yoga Sutra, widely regarded as the authoritative text on yoga, is a collection of aphorisms, outlining the eight limbs (or steps) of yoga. 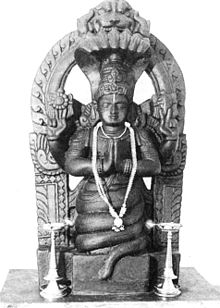 These “threads” (as sutra translates from Sanskrit) of wisdom offer guidelines for living a meaningful and purposeful life.

There are 196 of them and they were written by the ancient sage Patanjali, possibly at least 1,700 years ago. Patanjali reflected on the nature of woman and man and the norms of his society at the time and he systematically expressed his observations in the sutras which deal with the entire span of life.

They begin with a code of conduct and end with the ultimate goal: emancipation and freedom.

The attitude we have towards things and people outside ourselves is called ‘yama’. There are 5 of them:

How we relate to ourselves inwardly is called ‘niyama’ and there are also 5 of them:

“Yama and niyama deal with our social attitude and lifestlyle, how we interact with other people and the environment and how we deal with our problems.

These all form a part of yoga but they cannot be practised. What we can practice are asana (postures) and pranayama (breathing practices), which make us aware of where we are, where we stand, and how we look at things.

Recognizing our mistakes is the first sign of clarity. Then gradually we try to bring in the way we show respect to nature or relate to a friend. No-one can change in a day, but yoga practices help change our attitudes, our yama and niyama..”

( The heart of Yoga by TKV Desikachar)